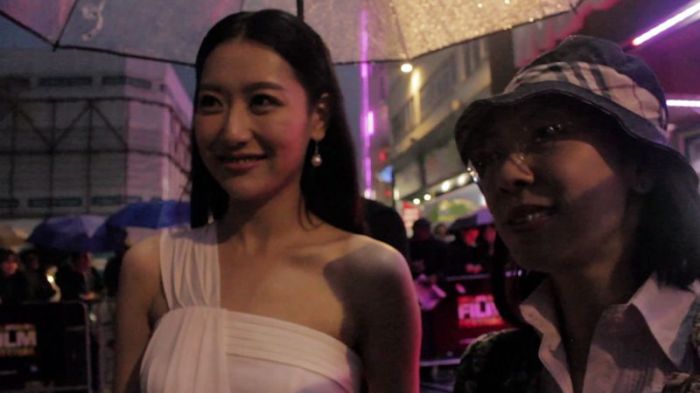 Followers of Jason Verney or @NativeNomadPics may have noticed the odd crossover with @MiniMiniMovies (MiniMiniMovie.com).

Why? Or more precisely perhaps… What. Is. Native. Nomad. Pictures?!

In a nutshell, it’s the filmmaking side of Mini Mini Movie and therefore any such projects are made under the guise of MMM’s sister-company, NativeNomadPictures.com.

For example, you may have spotted the interactive Music Video for a Damon Albarn song.

Not only this, such filmmaking projects often have a connection to the sorts of films which MMM tends to ‘go for’ – those commonly being independent; short; international. Either that, or videos which have something in common with Asian or World culture.

And so, because this website is all about Jason Verney’s films or collaboratiobns, big or small it felt fitting to mention another.

And… strictly speaking, it IS also a ‘mini mini movie’.

However, I should also mention that this particular filmic project was one in collaboration with that fabulous website, easternKicks!

So here it is… Well, below all this blurb anyhow:

Andrew Heskins, of popular website easternKicks.com had been granted permission to interview actors and persons behind the film, the movie having its official World Premiere on this day.

Commissioning and enlisting the assistance of Jason Verney at Native Nomad Pictures Ltd ensured that these interviews, the cast’s arrival and more was captured for use in a little film. This is that film.